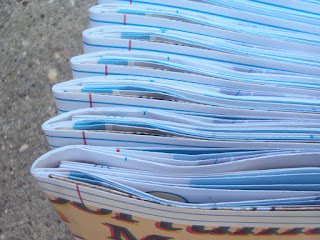 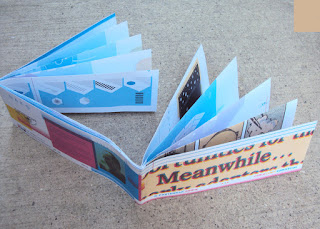 JOIN ME at CANZINE & the ANARCHIST BOOK FAIR this SATURDAY at the MILLENNIUM LIBRARY in WINNIPEG! 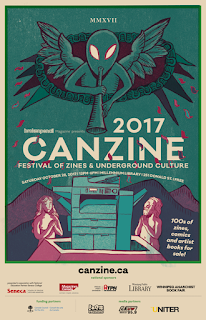 I always have NEW STUFF!! 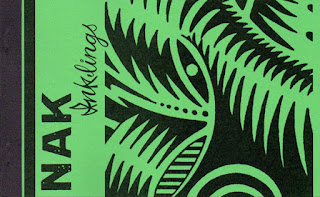 INKLINGS is a new book of INK doodles 8.5 x 5.5 in. printed on heavy green card stock. 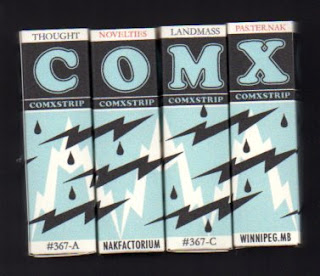 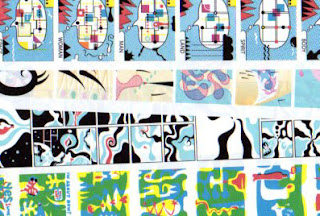 MEANWHILE... this past spring I printed up (at KROMAR printing) a collection of my abstract & surreal comics called Meanwhile...
Looks like a city map until you unfold it.(see above image) 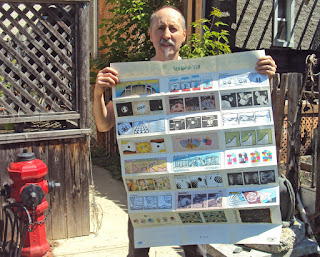 There is a poster on the other side as well. One large comic with a few smaller ones. 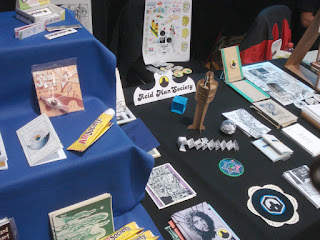 Part of my table display at last year's Canzine.
Posted by Robert Pasternak at 2:09 PM

are pleased to present the launch of

The 2017 At Bay Press Fiction Annual 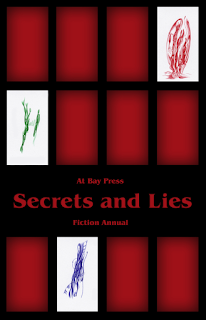 
Hosted by Canadian writer, artist, and designer M.C. Joudrey and featuring contributors Karen Clavelle, Lisa Mendis, Van Kunder, Michael Joyal, Robert Pasternak, and Meghan Zahari.
The short stories and artwork included in this collection focus on the distorted and rearranged truths that we tell ourselves and others. What emerges from these pages is that loneliness is often the catalyst for how we reject or construct reality. In these stories, different considerations of loneliness are explored, and we get a sense of the solitude each one of us knows. The insightful writing that comprises this Fiction Annual captures the power that secrets and lies have in both the creation and destruction of the lives we build. By virtue of the mechanisms we rely on to elude, deflect and deny, we can find ourselves very alone in a world of our own design. 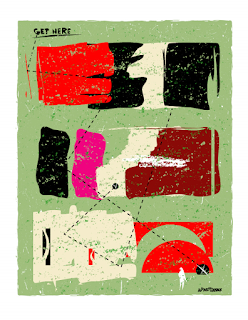 At Bay Press has agreed to publish a very large and exceptional collection of my new graphic/abstract comic work! 80 full color pages of art. 8.5 x 12 in. Scheduled release date is tentatively Fall 2018.

ZOiKs KaBlaMo ABstract-O-RaMo !  I can't wait.
In 2013 after moving out of my studio of 22 years and contemplating on being a City of Winnipeg Transit driver, my comics, if they were not already abstract enough, took an inevitable wider left turn,  then up and sideways. It'll be quite a diverse collection. I've really been having a lot of fun exploring and experimenting. This book will be mostly single page pieces along with some 2 and 3-page comics as well.

Posted by Robert Pasternak at 12:21 PM 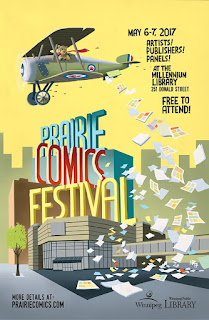 I will be presenting all of my comics, comix, minis, books and novelties at this years 2nd Annual Prairie Comics Festival May 6th - 7th, 2017. It's FREE to attend and is in a very nice venue for the second time at the Millenial Library in downtown Winnipeg. The only thing different is that it runs for two days this year.

The following weekend is TCAF in Toronto which I will be going to to mill about and trade comics!

Here below are two of my recent Acid Man Society books, No.40, Man Macine unfolds to a geo-abstract comic on one side of a sheet with many words about evolution and consciousness on the other side. No.41, ONA has a more traditional comic panel layout with a fun story about an young eye leaving home. 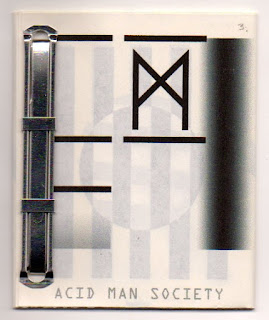 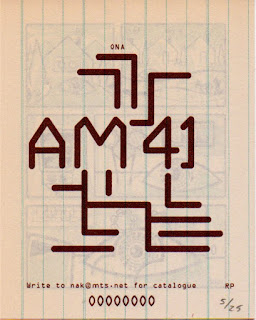 Posted by Robert Pasternak at 12:25 PM 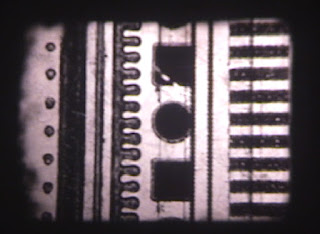 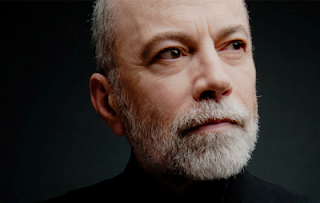 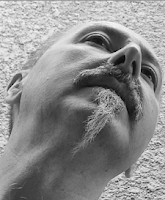 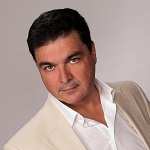 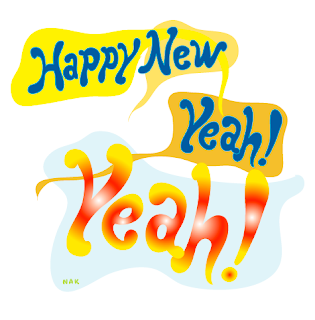 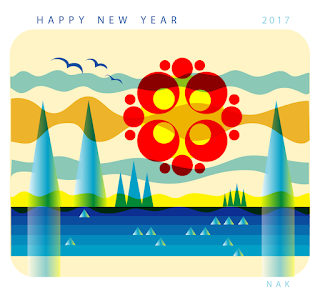