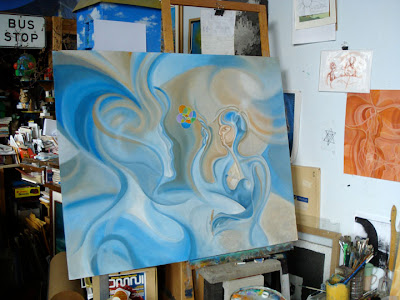 I am on the verge of finishing a new painting and thought I would share the process with you. Here is the almost finished work above in my studio. I thought it was finished at one point, but after giving it a few days, I see a number of things that don't quite jive with me. These are a few things that seem out of place such as areas of color, tone and balance of light and dark areas. I will post the finished piece when it is done so that you may compare the two. 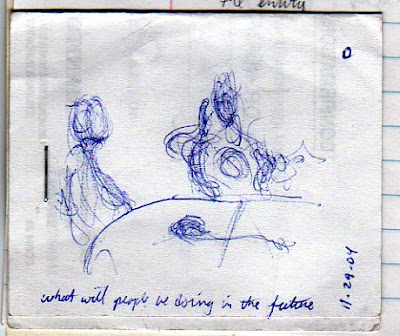 Here is where it all started, with this little sketch idea I did a few years ago in the kitchen. There are a number of paintings that I want to do that illustrate different lines of communication which take place during our interaction with one another. These are unspoken forms of dialogue such as body language and the exchange of energy information or what I would term the 'higher self dialogues'. 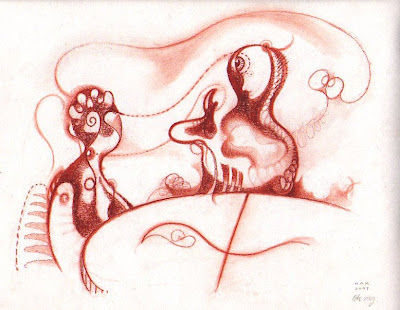 This drawing done last year is an interpretation of the first drawing, done not necessarily as a preliminary for a painting but just as a drawing. But it was after this that I really wanted  to do a painting with this image.
I had a board that I had already primed that I thought would be a good size fro this painting and as it was sitting on my easel, I saw an interpretation of one of the figures in the brushwork of my gessoed ground. I was now torn between this new perspective or to keep to my original drawing layout. I decided to do some small sketches with this new figure and various combinations of placements to help me decide. It was not an easy decision. 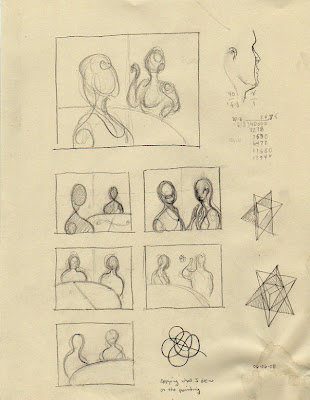 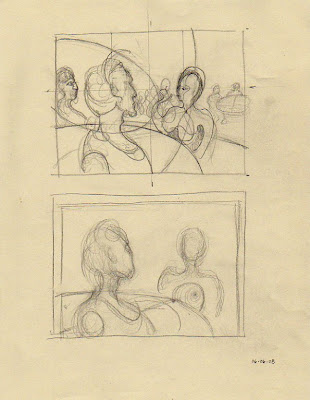 You can see here that I decided upon the new perspective. I thought that there was a reason why this figure showed up, so why fight with it and I knew that I could always go and paint another picture with the original drawing. So, with brush and paint, I sketched out the figure I saw in the gesso. You can see it on the left. Then after sketching out the other figure, on the right,  I started to paint with color. 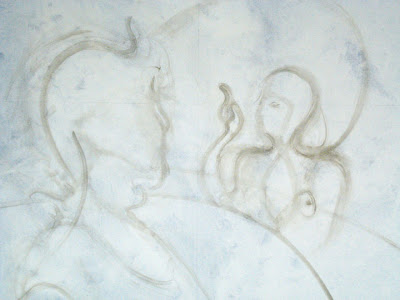 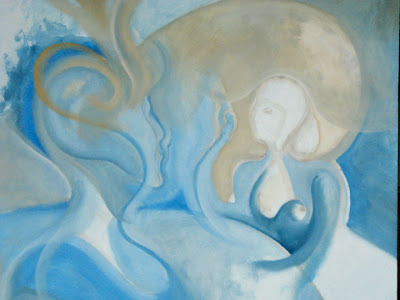 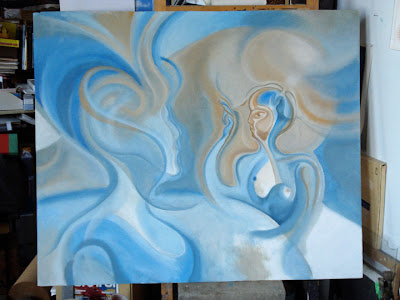 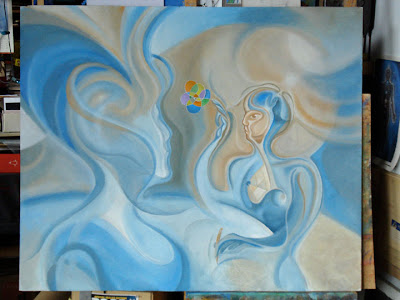 Posted by Robert Pasternak at 12:54 PM 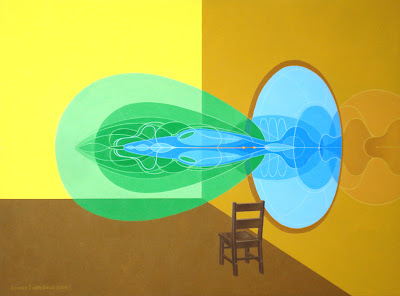 This is one of my newest paintings.
Well see if the title stands the test of time. I'm pretty excited about this one as it seems to be a hybrid of my surreal and metafigure paintings.
Up to now, the meta figure works stayed in their own time and place or setting, that being the figures setting. But this one is into our known world.
The idea is of this person sitting in a chair, or rather he was sitting in this chair and possibly staring into space or just thinking or meditating when he was then able to shift his perspective consciousness and now exists 90 degrees to our known reality. When you tilt your head sideways you will be able to see the figure within the bubble.
Originally there was to be a person sitting in the chair, but then the chair itself was enough to represent the person. But then when the painting was done, except for the chair , I really wanted to leave the chair out because of the ambiguity of scale and of what was actually happening. Also the painting worked in any direction without the chair. The chair acts as a anchor quite literally.
Posted by Robert Pasternak at 10:53 PM

It's my son's birthday tomorrow. He's 14 now! Man how time flies. Those times when I was his age was pretty tough for me all through school. Annachie though is well adjusted and will coast along pretty good. He has his humour to loosten him up. I think I was pretty stiff and serious all the time which allows for the stresses of the day to stay inside you. You have to make sure you laugh and shake things off. 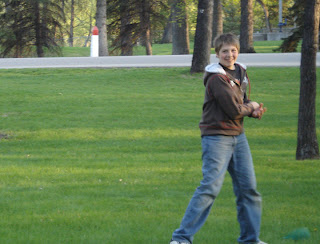 Later this year in early December I will be celebrating my 30th anniversary as an artist. Yes it was after this drawing (a copy of a Frazetta poster I had in my room) that I decided at age 14 that this is what I wanted to do, create fantastic worlds and experience new visions. 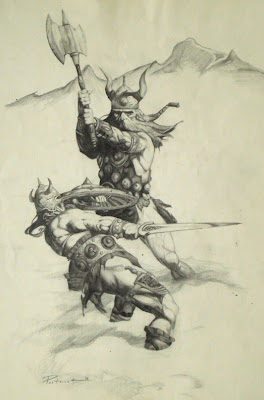 Posted by Robert Pasternak at 2:25 PM