I will be participating in this years annual event with a simple piece called Inside Outside. Though the exhibit was open to any medium of which I considered many, I did want to have something print-based and in an area that I have been working on, which has been in the area of comics and experimenting and playing with comic pages. So what you see below is NOT what I have in the show but very similar.

What IS in the show is a continuous horizontal strip of all the panels. It looks really cool. Each of the panels is a movable block which enables different formations on the page and the print aspect is really neat because each print is an individual graphite rubbing. So they are all a little different. 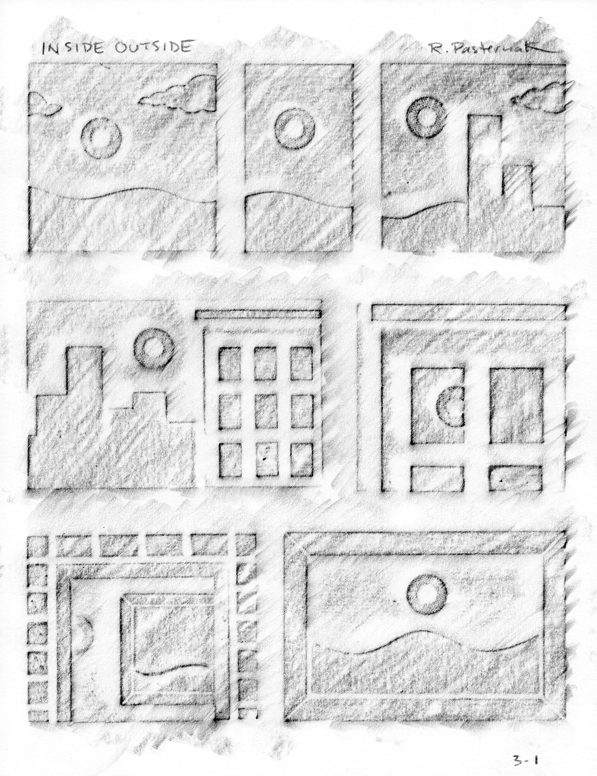 Posted by Robert Pasternak at 1:35 PM