***NAK'S UNIVERSAL BRANCHING BLOGS
This News Blog was getting into areas and topics that were not really news, so I decide to start a whole NAK universe of Web Blogs related to... my work, thoughts, and interests of course! Who cares about other things going on in the world when you can have Joy and Happiness right here!
***NEW FILM MAY OR MAY NOT BE SPECTACULAR
BELIEVE IT OR NOT and SEE IT OR NOT
November 2 at the Gas Station Theatre  7:PM
I have a new film at the One Take Super-8 Event held in Winnipeg every year at WNDX film Festival. October 29 - November 2
"This year I threw away the camera to make my film. Who knows if it will turn out. I've never done anything like it before. I'll see it for the first time along with everyone else."
Uptown Article Online here
***JUPITER ALIGNS WITH La Luz de JESUS Gallery in LOS ANGELES
OPENS OCTOBER 7th
My painting Jupiter is in a Group show celebrating 25 years of this Los Angeles Institution and It's hist Billy Shire. I am very happy to be showing with an incredible roster of artists that includes none other than folks like Matt Groeming, Mark Ryden, The Clayton Brothers, Robert Williams, Mary Fleener, Frank Kozik, Gary Panter, Victor Moscosso, and the lost goes on.
La Luz de Jesus 25

To celebrate 25 years of groundbreaking art shows, Billy Shire presents his biggest event ever: La Luz de Jesus 25, a major retrospective exhibition and companion book. The show, offering work by more than 260 artists who have exhibited at the gallery over the years, is so extensive that Shire has split it into two parts, each with two opening nights: part 1 opens October 7 and 8, and part 2 opens November 4 and 5. The  list of participating artists is a veritable Who’s Who of art world luminaries. This is a once-in-a-lifetime opportunity to see all these artists together in one show.

View the artist roster for each month here.

The book, La Luz de Jesus 25: The Little Gallery That Could, features images of all the art in the show, a personal anecdote about Shire and the gallery written by each artist, essays by La Luz gallery directors and a foreword by Shire. The book is more than a simple record of the show. Taken together, the images and essays present a history of La Luz de Jesus through the eyes of the artists whose careers are intertwined with Shire and his gallery. 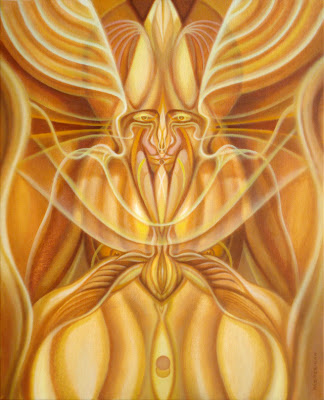 Billy Shire opened La Luz de Jesus in 1986 to showcase the work of underground and folk artists largely ignored or dismissed by the legitimate art world. The first permanent gallery space to exhibit alternative art, La Luz quickly became famous as much for its splashy, raucous monthly opening parties as for the often outrageous and confrontational art on its walls. When choosing artists, Shire challenged received notions of “good taste” and “high art” and rejected the arbitrary but long-cherished distinction between commercial and fine art, embracing illustration, underground art, outsider art, animation, and comics, both underground and mainstream. As a result, many artists hugely successful today credit Shire with having launched their careers, and he is widely acknowledged as a seminal figure in contemporary art movements such as Lowbrow and Pop Surrealism.

***FOUNTAIN of YOUTH FOUND in COSM

Yes, it is right here in the pages of COSM the Journal of Visionary Culture. It must be true! I have a new work, or rather thought/teaching in this new issue #7. This Magazine is published through the leadership and insight of one of our foremost visionaries, Alex Grey. 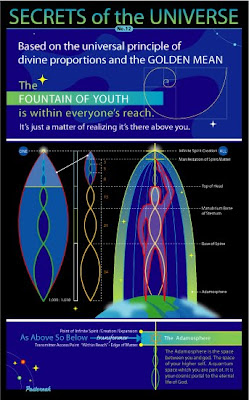 ***CART EXHIBIT in Baltimore at CURRENT SPACE is extended to October 21st
Here are links for reviews in the Baltimore Sun & and a new arts review blog based out of Baltimore
http://www.baltimoresun.com/entertainment/arts/bs-ae-arts-story-0805-20110804,0,1807348.story
http://whatweekly.com/2011/07/13/6873/
***ARTWORK at Gallery LACOSSE
For those that love my Concrete Expressionism work, well they are now available at Gallery Lacosse at 169 Lilac Street, Winnipeg. 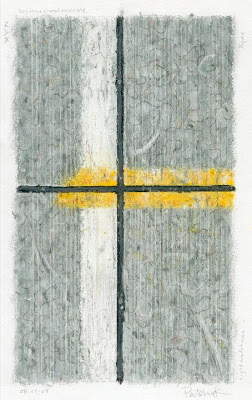